I place my forehead on the plate glass-front

And peered in at the darkness…
And there was nothing there for me to look for. …
see some corpses floating down …
Be frightened, brother. I am.

Over the past several years I have worked closely with the words of Fawzi Karim, having set them in a cycle for voice and orchestra. Karim’s world is a remarkable and disquieting place; a landscape of empathy, beauty and often unspeakable horror.

During the recent past, this extraordinary figure had become an ever-more important part of my life. He was both a friend and a tremendous inspiration. His best work has a concision which goes to the heart of any matter, often uncomfortable to many. The work is without excess or a heavy hand, without surface-level regret or sentimentality. Karim was clear-eyed about the world in which he lived, and he did not shy away from its challenges and troubles. But precisely as a result of that clarity, he yearned for and held onto the good in others, when and wherever he found it. When I think of Karim, the words of the American sculptor Christopher Cairns come to mind. Cairns once said while discussing his own work that, amongst other motivations, he attempts to convey “the love of humankind, even in its catastrophic relationship to where it is going.” Or, in Karim’s case, where humankind had been as well.

I met Karim for the first time at the home of poet and writer Marius Kociejowski. In the months before, I had read Kociejowski’s book, God’s Zoo, and had relayed to him how deeply taken I was by the chapter entitled Swimming in the Tigris, Greenford. In the weeks afterward, I found myself thinking a lot about Karim, the figure at the center of that chapter. Karim’s words to Kociejowski encapsulated many issues confronting artists. For example:

“When I was a child we had two trees in the courtyard of our house. There was the mulberry which was full of light, beneath whose spreading branches my aunt who was blind took shelter from the sun. I used to climb up between the leaves, and there the light flooded in from all directions. The other was the oleander which was the mulberry’s extreme opposite, a dim and closed tree, which never accepted our human presence. Its sap was bitter to the taste, sticky, and attracted flies. I like both these trees, but to which do I belong, the mulberry or the oleander? One is bright and open and extroverted, while the other absorbs the light and keeps it there … I think I prefer the first one, but it’s the second which pulls me more.”

Karim speaks later of events which took place while growing up in the midst of a bloody, terrifying conflict. He describes the 1958 coup he witnessed in Iraq as a boy:

“It is very hard to speak of this because I did not fully understand what was going on. I was very young. They took Nuri’s (the then Prime Minister) corpse, burnt it, dismembered it, dragged the pieces all over the streets of Baghdad for three days, and after that they hung them from the bridge. The burning thigh I saw with my own eyes, close to my house. All of us ran after it and started shouting revolutionary slogans but I returned home quickly because of the smell of the burning flesh. You can’t imagine from where such hatred comes.”

In Karim’s later poetry, he would invoke these brutal events:

I was born in a mellower year,
A year when people still paused at the smell of corpses. Now I smell the roasting of a thigh …
He pours on more kerosene
And the fire glows and the smell of flesh gets stronger.

… my father said, ‘Whoever goes sniffing out corpses would want to be rid of their stench.’

But it was a mellower year;
A year when people still paused.
A year that saw the barrier go down between me and that smell.

Karim’s work often includes particular and unexpected juxtapositions of quiet introspection and graphic brutality. I had engaged musically with the work of other poets and writers in which I had found similar characteristics (e.g. Christopher Middleton, Czesław Miłosz, Peter Weiss, Ezra Pound, Bruno Schulz, among others). Even amongst these celebrated figures Karim was unique — the particular quality and coloration of Karim’s toggling struck me rather powerfully—and I jumped at the chance to meet him when Kociejowski so kindly arranged for it.

Upon meeting Karim for the first time— even during those first few minutes of awkwardness which can occur when strangers meet—I was struck by his eyes. They conveyed their own particular juxtaposition; he had an expression that I can only describe as both anguished and at ease. I often wondered if others saw it too. What I mean to say is that his every glance conveyed unmistakable urgency and immediacy, but those qualities run through with restraint. This expression was not one which necessarily was the result of an earlier trauma, though likely in large part it was. I came to understand that he recognized threat and trauma in the current state of things, and certainly the promise of more to come. This sense of impending loss became more pronounced, it seemed, when he was enthusiastic about something or someone. It was something I was all too familiar with. Over time, especially as Karim’s health worsened, his “oleander” asserted itself, and particular fragments of his work seemed to take on more significance.

Time marching briefly with swift steps reaping his human crops. I imagine me without a mouth, without even a lung.  Useless as a witness …

But even in the midst of adversity, his great capacity for serenity and gratitude came to the fore. When he met my daughter for the first time, he couldn’t have been more kind and patient. Though she was only a child, he spoke with her at length and with tremendous respect, and he treated her as an equal. Among the many things she recalls from their time together, she remembers marveling at seeing someone write in Arabic for the first time. Karim gave her a note (in Arabic and English) for her to remember from their first meeting, something she treasures to this day. Karim loved having visitors, and what surprised and delighted me was how much he loved to discuss music and particular performers. He came alive listening to and talking about music of all kinds.

Later, when re-reading that same chapter of God’s Zoo, I was reminded of Karim’s love of music, even a desire to be a composer:

“Often I tell people if I could be anything else it would be a composer…Words alone just won’t do it for me.”

As it turns out, Karim did not compose music, but was a gifted painter. Like his poetry, the paint- ings have a presence strongly and constantly felt, not unlike the sensation one gets in the pit of one’s stomach when there is large, active machinery nearby. In one of his larger paintings, Apocalypse, we perceive from a distance what could be a scene inspired by the work of Bruegel (Pieter the Elder) or Hieronymus Bosch. But while the viewer may seek to characterize Karim’s painting style by comparing his work to those of prior artists, in fact many of his paintings were quite unique, many distinctly born out of his experiences in Iraq.

Earlier this year, we were fortunate to have the great Austrian composer Georg Friedrich Haas lecture on music at the institution where I teach. Interestingly, Haas quickly turned his attention to painting, and he spoke of impulses and techniques shared among various art forms. Thus when discussing Bruegel the Elder’s The Procession to Calvary (also sometimes referred to as Christ Carrying the Cross), Haas talked about why this this painting was special to him, and why it was important for young composers to examine it. While he directed the assembled to the high level of technical detail, he continued, “there is something more … There is the dramatic situation of the motion, the flow …. where the eye is directed. The desperate atmosphere is supported by these decisions.” Haas also noted something else about the Bruegel work which seemed directly connected to so much of Karim’s work: Karim, like Bruegel, often and fearlessly invoked what perhaps amounts to the oft discussed concept of the universality of suffering. Haas continued, “We see the wheel, the instrument where people were tortured to death during the time of Bruegel. This is what Bruegel saw. And this is one of the important things which happens … in that it is not always the distance between the artist and a piece of work … it’s also those elements which are most shocking for him and they are indicated … making conscious today, that which was Bruegel’s today.”

Kociejowski’s interview further explored Karim’s approach to creating. Karim illustrates here the importance of being precise, that quality I so much admire in his work:

“As a consequence of being here, I have become very close to the idea of the simple sentence, one in which there is no exaggerated feeling or idea or belief. It is better to leave things just as they are. Once you add these other things you misjudge, you become unjust.”

Fawzi Karim was an artist whose work naturally engaged with elements of the human experience that so many others may seek to resist, hide from, ignore, or obscure. He did so honestly and beautifully. While I mourn his passing and his works unwritten and unpainted, I am profoundly grateful for what he left us. In the coming years, I hope others will have the opportunity to discover and engage with this unflinching, affecting and unique body of work.

The silence is sour, and remote as some fountain of wool; My feet are so light they hardly make a sound.
How do I answer the call of the current …

… for a friend they burnt in a pool of acid,
Or for someone left like a scarecrow standing guard over a minefield.
Skulls and fragments of bone,
Wreckage …
given thicker presence by the mud.
You can’t get away from the sight of those mouths where the breath is stilled.

Is there to be some revivification of their torn bodies? Is the dawn to be?

Before the poet’s demise, an opera composed by Michael Hersch based on Fawzi Karim’s poetry was planned to be performed in Autumn 2019. We’ll keep readers appraised about developments. 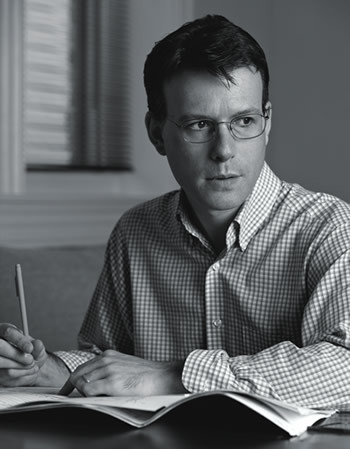 Michael Hersch is an internationally acclaimed US composer and pianist who has won numerous prestigious international  prizes for his compositions. According to the New York Times his music “is riveting  at a visceral level and transforms listeners at an emotional level… it is claustrophobic and exhilarating at the same time  with moments of sublime beauty nesting inside brambles of dark virtuosity”.   For the Financial Times Hersch’s work “puts together the New World’s volcanic energy and a spiritual climate characterized by a profound scepticism, often full of anguish.”